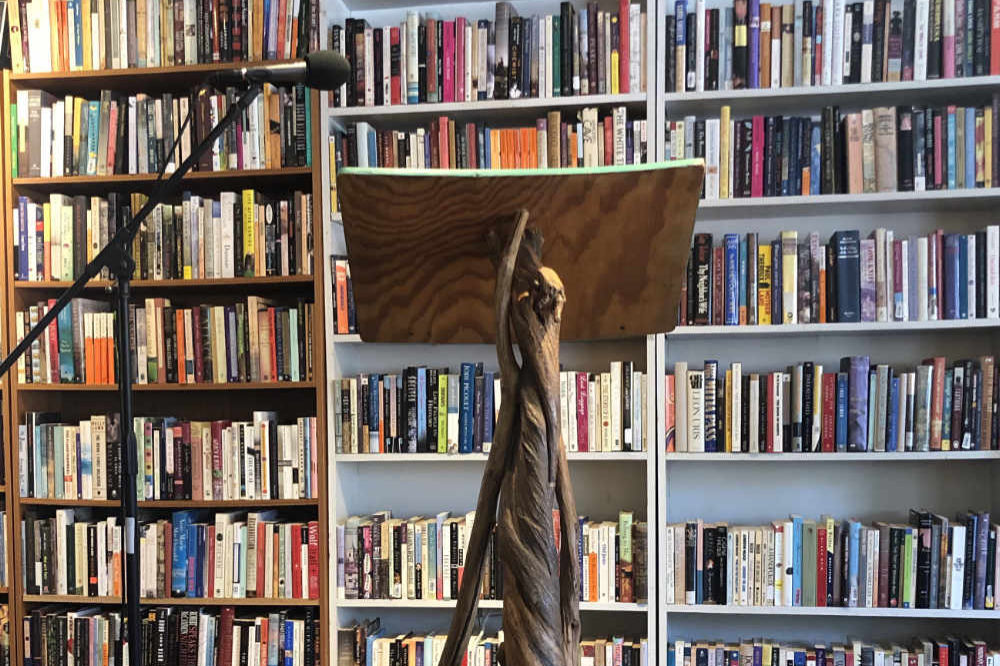 July 30, 2019  “Art & Words: Critical Thinking and Writing About Art,” a symposium scheduled for September 27 and 28, 2019, is the brain child of Paul Figueroa and Ann Landi. Paul is the president of the board of both Taos Art Council and Taos Fall Arts Festival. Ann has been an art writer for over 25 years, supplying exhibition reviews for ARTnews and Wall Street Journal while maintaining her website for working artists, Vasari21. The plan was hatched in order to add a literary dimension to the 45th Annual Taos Fall Arts Festival (September 20-29), which is the primary funder of the 2019 symposium. When they asked SOMOS to participate, we said “absolutely!”

The schedule for the first annual Art & Words includes a keynote talk by a nationally-recognized art critic; a panel discussion including four art books authors; another with New Mexican writers and editors; and a youth art writing workshop. The latter two will be held at SOMOS Salon and Bookshop.

These authors will share the stage at The Evolution of Art Criticism panel discussion. 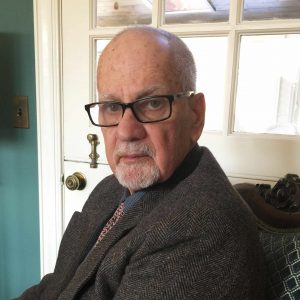 Peter Plagens
Peter Plagens is an American artist, art critic, and novelist based in New York City.He is most widely known for his longstanding contributions to Artforum and Newsweek (senior writer and art critic, 1989–2003), and for what critics have called a remarkably consistent,five-decade-long body of abstract formalist painting. He recently had a solo at Texas Gallery in Houston, TX. Plagens has written three books on art, Bruce Nauman: The True Artist (2014), Moonlight Blues: An Artist’s Art Criticism (1986) and Sunshine Muse: Modern Art on the West Coast, 1945-70 (1974), and two novels, The Art Critic (2008)and Time for Robo (1999). 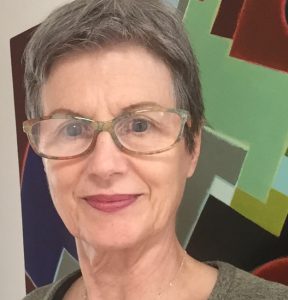 Laurie Fendrich
Laurie Fendrich is an American artist, writer and educator based in New York City, best known for geometric abstract paintings that balance playfulness and sophistication. Her work has been featured in solo exhibitions in New York, Los Angeles and Chicago. She has been an educator for more than four decades, notably at Hofstra University (1989–2014), and a regular essayist for The Chronicle Review at The Chronicle of Higher Education. 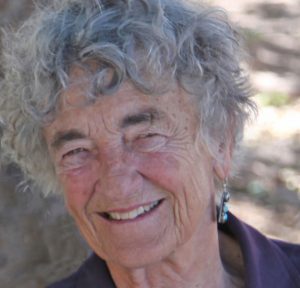 Lucy Lippard
Lucy Lippard is an American writer, art critic, activist and curator. Lippard was an early champion of feminist art. She is the author of 21 books on contemporary art and has received numerous awards and accolades from literary critics and art associations. Lipparis the curator of “Alicia Stewart: Unfinished . . .,” currently on exhibit at the Harwood Museum of Art. She lives in Galisteo, New Mexico. 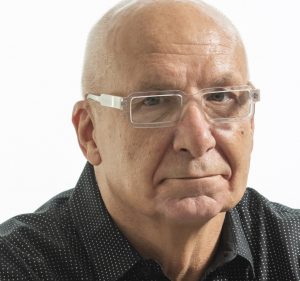 Garth Clark
Garth Clark was born in Pretoria, South Africa. He is a graduate of the Royal College of Art, London. Clark is a prolific writer with 90 books and monographs to his credit, and has written more than 700 articles and reviews. Among his awards and honors are the National Endowment Critic’s Fellowship, Honorary Doctorates from Kansas City Art Institute and Staffordshire University, Art Book of the Year from the Art libraries Society of North America, Bronze Medal from the Independent Publishers Association, the Mather Award for Distinguished Art Journalism from the College Art Association and was made a fellow and member of the court of the Royal College of Art London. As a curator, he has organized many exhibitions including Century of Ceramics in the United Sates 1878-1978. 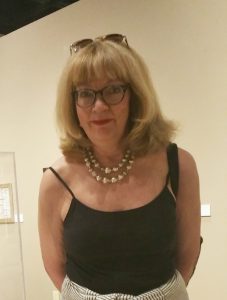 Ann Landi, moderator
Ann Landi has been a contributing editor of ARTnews for 25 years and has written for numerous other publications, including The Wall Street Journal, Smithsonian, and The New York Times. She is the founder and editor of Vasari21.com, a website for working artists.

Now, meet the participants in SOMOS’s panel discussion: Artists Writing About Their Art 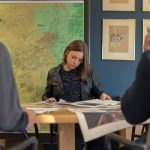 Lauren Tresp
Lauren Tresp is the editor and publisher of Southwest Contemporary (formerly The Magazine). She has an MBA in Humanities from the University of Chicago and a BA in Art History from UCLA. Her mission for her publication and its art space in Santa Fe is “to be the ambassador for contemporary arts and culture in Santa Fe and New Mexico.” 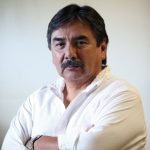 Rick Romancito
Rick Romancito has been editor of Tempo, the arts and entertainment magazine of The Taos News, for over two decades. He’s been a movie actor with the likes of John Wayne and Katharine Hepburn, as well as being an accomplished fine artist, writer and photographer. He is of Taos and Zuni Pueblo heritage and lives in Taos with his wife Melody.

Elaine Ritchel
Elaine Ritchel is a museum educator, arts writer, and entrepreneur with a drive to connect people and art. She received an MA in art history from the University of Texas, Austin, and owns Santa Fe Art Tours. She writes about art for New Mexico Magazine, The Magazine, the Weekly Alibi and Ikon Review. 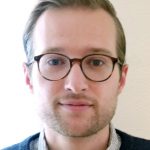 Jordan Eddy
Jordan Eddy is an arts administrator and journalist based in Santa Fe. As director of Form & Concept Gallery, he works with artists to market and sell their work. As a reporter for a number of New Mexico publications, he engages with artists to tell their stories. As a cofounder of No Land, an experimental project space, he helps emerging artists kick-start their careers. 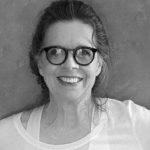 Janet Webb, moderator
Janet Webb has lived in Taos since 1973. For over 30 of those years she owned and operated Webb Design, a design, marketing and web development firm focused on the fine arts arena and travel industry in New Mexico. Her formal education was in studio arts. Now retired, she currently donates her experience to arts organizations in Taos.

The youth writing on art workshop 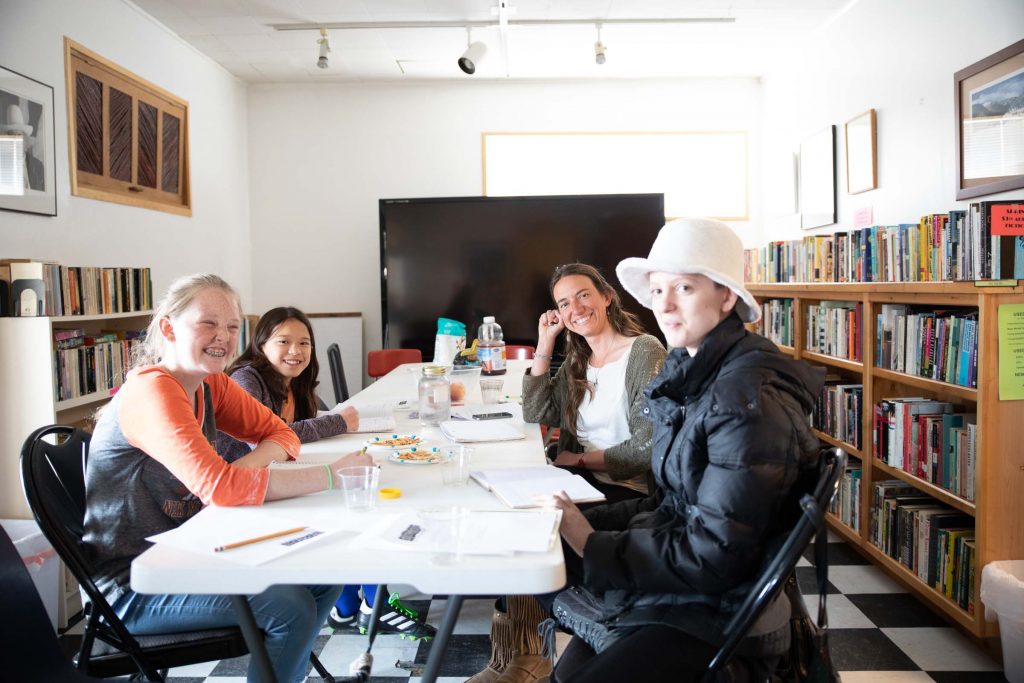 Krystal Cretercos
Krystal will lead a free Youth Writing Workshop for youth ages 10 to 18.  Students will complete written observations after visiting the Agnes Martin Gallery at The Harwood Museum of Art. (Contact SOMOS to reserve a place, 758-0081.)  Krystal Cretecos has been working with youth for over a decade as a teacher, mentor and advocate.  She received her BA from CU Boulder in 2010 in Psychology/Anthropology then took off traveling abroad from 2011-2016, teaching English and learning firsthand about other cultures and belief systems.  Krystal draws on her life experience to bring writing to life, making it relatable and custom tailored to the group.  She mentors an elementary school poetry crew, Girl’s Empowerment Club, and teaches private lessons.  She served as the curator of SOMOS’ Young Writers Program (2017-2018).

This workshop will begin at the Harwood Museum at noon for a curator’s tour of the Agnes Martin Gallery, then move to SOMOS Salon and Bookshop, 108 Civic Plaza Drive, at 1:00pm to write about the experience.

Credit where credit is due
Art & Words symposium is a collaboration between Taos Fall Arts Festival, The Magazine, The Harwood Museum of Art, Taos News and SOMOS. It is made possible through funding from the Martin Foundation for the Creative Arts, NM Arts, a division of the Department of Cultural Affairs, New Mexico, the NEA, Taos County Lodgers Tax Fund Grant and the Taos Community Foundation.