Amy Boaz of The Taos News reviews “The Cape Doctor” by E.J. Levy 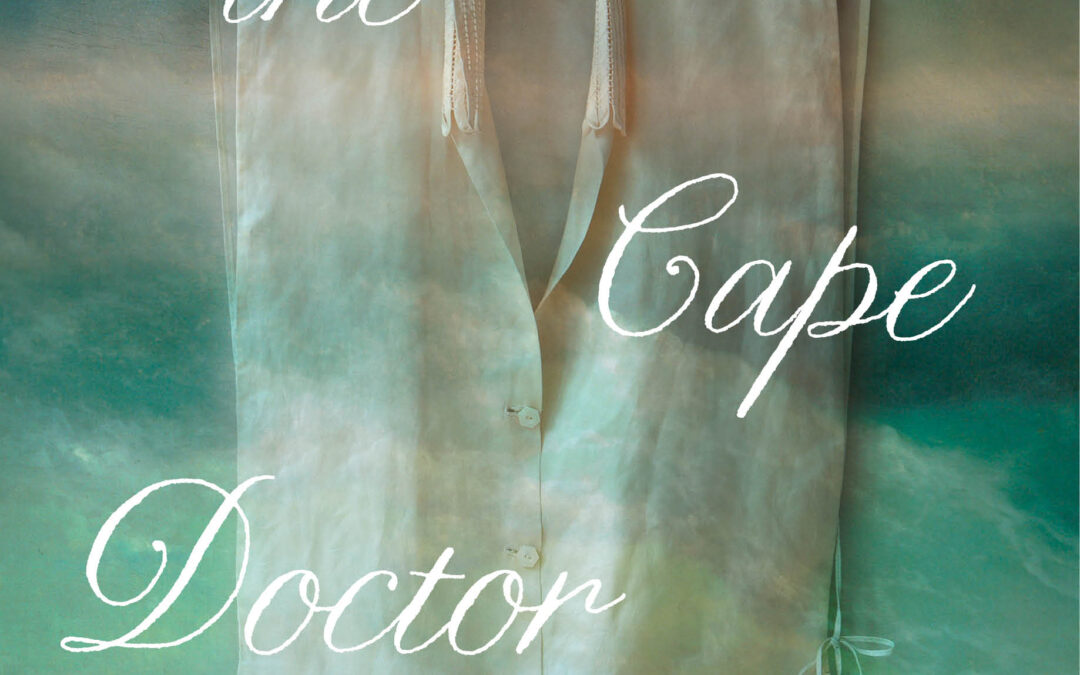 “What makes a man, a life? How much is name and parentage, education or the accident of birth? How much is choice? How much of our lives’ making is in our hands and how much is forged by fate — the intersection of trajectories as mysterious as electricity’s conduction once seemed?”

Here muses our young heroine/hero in early 19th-century London, on the cusp of drastically altering her identity — from ill-favored daughter of poor relations to a promising nephew who embarks on a career as a brilliant surgeon. How could this be the same person?

Margaret Bulkley is a lackluster girl, born in Cork, Ireland, destined without education or prospects for an insipid life as a grocer’s daughter. But suddenly she grows in importance when her father, teetering on the edge of bankruptcy (thanks to the elder son’s profligate ways), threatens to disinherit her mother of her own house, and nine-year-old Margaret is enlisted as her mother’s emissary to court the favor of her famous painter uncle, Jonathan Perry, living a bohemian life in London.

Yet this is not a rural maid’s tale of ruination at the hands of a wily elder seducer — the plot of innumerable tales by Dickens himself. Instead, it becomes a triumphant, though heartbreaking story of emancipation, thanks largely to the wild imagination of the uncle Perry’s best friend, a darkly romantic Venezuelan revolutionary, General Fernando de Mirandus (“wonderful”), who believes this slip of a girl — the smart, quick study, Margaret — should go to medical school.

But how? In an age when girls were barred from entering higher education, and certainly from breaching the hoary halls of the medical school at University of Edinburgh in 1809, where only the wealth and class of Perry and Mirandus could allow admittance of Perry’s obscure but brilliant “nephew.”

She/he practices for the part, her mother coaching her in dress and hairstyle, but it is only by observing a gentleman handing down a lady from a coach in Hyde Park that Margaret, now James, grasps the key to impersonating a man: “Condescension was the key. Authority like a scarf settled on my shoulders.”

Newly minted James Perry passes in all senses of the word, despite his small stature and delicate hands, despite bullying and ridicule by older, rougher boys. He has a “muscle” for injustice, “casual humiliation of the vulnerable by the powerful struck me as monstrous,” he writes in this smoldering first-person narrative. His later posting as a military surgeon in Cape Town, South Africa, would allow him to utterly reinvent himself as a visionary force in the field of medicine — by his egalitarian approach, modern hygiene, disregard of drug quackery, first successful caesarean, containment of cholera and cure for syphilis. In short, Perry was a force of change.

Author E.J. Levy, whose debut story collection “Love, in Theory” won the 2012 Flannery O’Connor Award and who teaches at Colorado State University, presents an elegant account of the historical Perry’s tortured — as in torn, ambivalent, tragically solitary — life. And ultimately this is an ardent, doomed love story a la Brontë, as Dr. Perry, who heals in a seemly miraculous fashion the ailing daughter of the Cape Governor, Lord Somerton, falls into a passionate, dangerous friendship with the handsome, vain governor — dangerous because the two are ever in danger of being found out as “sodomites.”

The irony is rich. The language Levy enlists for her hero’s narrative is steeped in quotes from Latin, Shakespeare, classical literature. There is everywhere a gorgeousness of description, Edwardian, Victorian, such as the first time young Margaret opens an elaborate volume of anatomy in Mirandus’ vast library and is smitten, not shocked, by the “unspeakably beautiful” images: “The bones before me looked like a geologic feature, a stone cavern perhaps, a cave, the pelvis etched there seemed carved by water, like river boulders, the spine rising from it like a knobbed tree trunk; images of dragons could not have compelled me more.”

In the end, General Mirandus is Perry’s first love, and the reader wants to go back, after reading his extravagant narrative, and hungrily search for the reason that the general ever had faith in the young Margaret: her boldness? Faith? Intelligence? James Perry never betrays that trust, although he is tempted to come out as a woman and become the Cape Town governor’s wife — he never betrays himself, his own identity, his own spirit.

reprinted with permission from The Taos News