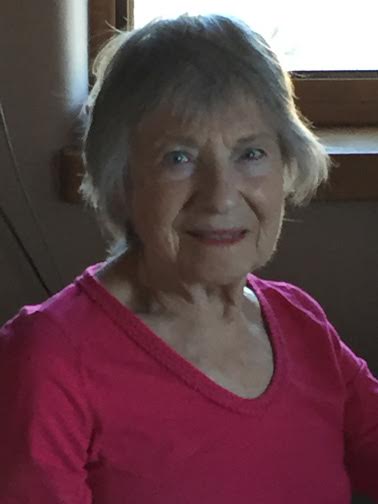 Phyllis Hotch (1928-2021) was born in New York City, raised a family and taught English in Massachusetts before following her muse and finding home in Taos, New Mexico in 1989. As Poetry Coordinator for Arts/Wayland, a creative arts center, she organized readings, seminars, and workshops, and she supervised competitions for publication of poetry manuscripts. She was privileged to work with manuscript judges that included poets Denise Levertov, Edward Hirsch, and Robin Becker.

Raised in the Bronx Jewish community by her parents who were not observing Jews, Phyllis has said, “They were socialists. I was raised by people who seriously believed we should help each other and that the government should help us to do it.” Phyllis followed their tradition and values.

In Taos, Hotch served on the Board of Directors of SOMOS and as president for fourteen of the 22 years. She worked to bring PEN to New Mexico to be a voice for censored and imprisoned writers. In addition, she coordinated events in support of endangered and disappeared writers in Latin America; weekly readings of Poets for Peace in the months before the Iraq invasion; and two programs to bring attention to the murdered Women of Juarez. Hotch initiated programs, which SOMOS maintains, to offer partners for the homebound and a vibrant Youth Mentorship Program that continues today. During her tenure at SOMOS she also coordinated four nature writing conferences (the first featured keynote speaker, Terry Tempest Williams), and a women’s writing conference, “The Right to Write.” She facilitated readings of imprisoned, and censored writers from across the globe including U Sam Oeur. She wrote her last poem a week before she died on 10/21/21 and final editing had been completed for her fifth collection of poetry,

She supported the Taos Jewish Center’s Chesed Project to promote social, physical, and emotional connection for seniors and others through writing workshops, yoga, an Alzheimer’s support group, and art therapy programs.

Neither Phyllis’ activism nor her evolution as an artist diminished over time. She participated in the Taos Writers Resist movement and not only mentored young poets but frequently participated in workshops led by talented writers the age of her daughters. She enthusiastically followed the work of the most contemporary poets and always challenged herself to use new ideas and approaches in her work.

Since moving to Taos in the late eighties at the young age of 60 Phyllis has written four well-received books of poetry:

No Longer Time in 2001, about which Natalie Goldberg said, these are beautiful poems that will break your heart… Hotch has carried her grief and her daughter’s death into full bloom.

3 A.M. published by 3: A Taos Press, which won the Arizona-New Mexico Book award in 2014. Rudolpho Anaya said about 3 A.M., “From the vigor of youth to the tribulations of aging, this poetic memoir reveals the ever-present role of time and memory in our lives. Thank you, Phyllis, for these brilliant and sensitive insights.”

Carousel: A Distillation of Time, published in 2019 by Nighthawk Press. Marjorie Agosin comments, “Once again, poet Phyllis Hotch has given us a collection of poetry that is mesmerizing in its beauty and extraordinary in its poetical imagination. Each poem is written in a language that is both melodic and enchanting. Hotch is able to address the complexity of human emotions, the passing of time, and the questions about the meaning of a life well lived.”